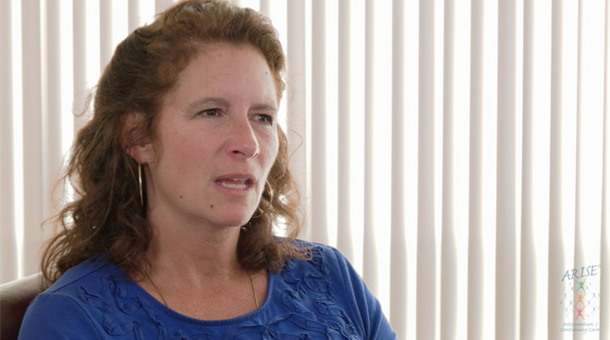 In recovery since 1999. Now a Senior ARISE® Trainer. 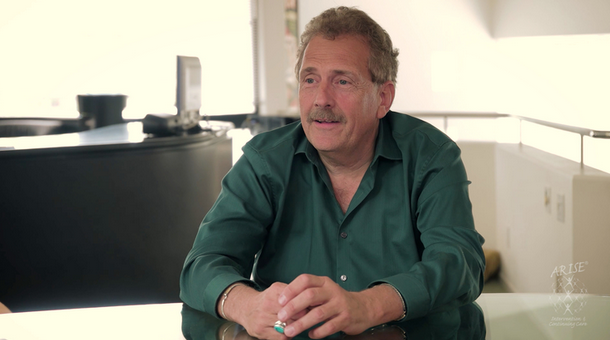 In recovery since 2011. Now partnering to help others.

“Our son Mike is an alcoholic. After twelve years of heavy drinking, his life spiraled out of control and his health began to fail. Despite our best efforts, he was unwilling or unable to admit that he had lost control of his drinking. We had begun to despair for our son’s health when we were referred to the ARISE® program. With the ARISE® intervention, our family and friends were able to convince Mike to enter treatment. He has not had a drink for 12 months and has expressed a real commitment to remain sober. We felt really good that we were able to stay close to our son and not repeat the damaged relationships and battles that resulted from an earlier intervention. Our experience is a testament that ARISE® works.”

— Tom and Becky F. -Parents of an adult son with alcoholism

“I had given up all hope of life ever being manageable again. After not seeing my son for 2 years, we found him living on the street. He agreed to move home, but we started to worry about him when his grades dropped from A’s to C’s during his junior year and ultimately had to repeat the year. He would get angry and sometimes throw things. I didn’t recognize my son any more. During his first semester of community college, he complained about hearing voices and that people on the bus were talking about him and putting thoughts into his head. A psychiatrist explained that he was suffering from schizophrenia and that he needed to take medication or be admitted. He refused to take the medication, and he disappeared for two weeks. We were then able to get him into a day treatment program, but he still refused medication and continued to deteriorate. When we pushed him again to see the psychiatrist and take the meds, he disappeared for another 2 years. At that point, the psychiatrist recommended that we call ARISE® for a consultation with an experienced clinician/interventionist who would be able to help us determine the best next steps. The interventionist met with our son on the telephone for several sessions, until he invited her to come to our home where we all met. After a couple of months of individual and family meetings, we were all able to come to an agreement about a program to which our son would be admitted. We worked as a family with the interventionist and the treatment program on regular weekly telephone calls with my son and his therapist. Our son is now living alone, has a few friends, takes medication and sees the psychiatrist. He is holding down job and visits us fairly regularly. Our son is different from our hopes during his childhood, but he is loving and friendly and very different from the street person he had become and might have remained without ARISE®.”

— Emily J. -Mother of a 22-year-old son with schizophrenia

“We became concerned about our daughter, Jeannie, from the age of about 13, because her grades were dropping and her teacher had complained that she was not concentrating in class and was not doing as well as she used to. He said that she was distracting other children and spending more and more time in detention and that if her behavior did not improve, we might have to find a more appropriate school for her. She started challenging us at home, refusing to go to bed on time because there was something on TV she wanted to watch, and spent hours on her I-pad and computer playing video games. We were very worried and spoke to her guidance counselor at school who said she should see a psychologist. He recommended that we limit her time on TV and only allow her to use her computer when she had to do homework. Jeannie argued with us and started breaking and throwing things at us. She was totally out of control. She would not go to school, locked herself in her room and refused to see the psychologist. The guidance counselor referred us to an interventionist who could help us get our daughter the care she needed.

“During our initial telephone conversation, the ARISE interventionist assured us that she had worked with a number of young people with very similar issues and that there was hope for improvement and getting our daughter back to the loving, bright girl we felt we were losing. She asked us a number of questions about Jeannie’s early childhood and we shared that she had been very different from her older sister both as a baby and as a young child. As a baby, she would cry if we stopped rocking her cradle or pushchair, and would watch her mobile with endless fascination. As a child, she would scream with distress if we took her off the swings and seemed to be calmed by repetitive movements. We discovered that she had developed a dependence upon sugar, and she seemed to become easily over-stimulated by physical or emotional intensity, which would take ages to calm. The interventionist also asked us whether Jeannie had ever been tested for learning disability and explained that children develop differently, and that some very intelligent children might struggle with certain subjects and might have difficulty sitting still. This might account for Jeannie’s wanting repeated movement when she was young, and her excessive time spent watching television and playing video games.

“During our family meeting, Jeannie told the interventionist that she felt totally out of control and desperate when the TV, I-pad, and computer were taken away. She told us that she felt that she was different and that her friends no longer liked her so she was alone and miserable. The only thing that helped were the electronics, and when we took them away she was mad enough to do something bad to us, so she broke things to stop herself from hurting us.

The interventionist explained to Jeannie that her current struggles at school, and her desperate need to play video games, might be related to her brain development and that there were a number of other ways for her to feel better again. She strongly recommended a therapeutic boarding school and helped Jeannie get excited about the idea of being somewhere that she could feel good about herself again and be glad to be with her family instead of hating herself and them. Jeannie has been in the school for 2 years and we have our beautiful, loving, intelligent daughter back. After 6 months, she came home for a weekend, and she now comes home for holidays. We still struggle at times, but we can see the steady improvement and have high hopes for the future thanks to our ARISE® interventionist with whom we still meet, but on a less regular basis.”

“My husband had a serious gambling and drug problem that he kept secret from me for many years. I knew something was wrong when I found our savings bank statement with a very low balance. I confronted him and he began screaming at me and threatening to leave. I was scared because his personality seemed to have changed and he was always on the edge. I consulted our family doctor because I couldn’t sleep, was having nightmares and feeling desperate. The doctor referred me to a Certified ARISE® Interventionist. I was reassured that there was hope, and that my family and I could do something to change the situation whether or not my husband was ready. She said that ARISE® wouldn’t wait for my husband’s bottom, but would work with ours. I was coached to invite our family, close friends, and my husband to a family meeting. I was reluctant to invite him, but went ahead. More support and love was expressed at that session than I or my husband could believe. Everyone described the changes they had seen and how worried they were. His brother and a close friend described a couple of times when they had tried to stop him using drugs and taking wild bets. The ARISE® method was respectful of my husband and it surprised me to see how powerful an open invitation could be. My husband agreed to go to treatment. We completed our ARISE® Continuing Care Meetings 1 year ago and are doing really well. The whole family still attends 12 step meetings.”

— Wife about her husband’s struggle with gambling and drugs

“We didn’t know what to do when our 68-year-old father relapsed after five years of sobriety. He had attended AA regularly until his mother died. He had difficulty at her funeral and some of the old behaviors returned: isolation, depression, moodiness, and avoiding family and exercise. He denied drinking but we caught him secretly drinking at a family reunion. We called the ARISE® hotline and were helped to set up a meeting with family and a couple of his friends and how to invite our father. We were skeptical about whether or not he would come, but were told to come ourselves regardless of whether he did. We followed the instructions and to our surprise our father agreed to come to the meeting. The meeting gave each of us an opportunity to tell our father about our concerns and request that he get back into recovery. He did agree to stop drinking, get medical help and start back into AA and to go to inpatient treatment if that wasn’t sufficient. We had weekly follow-up meetings for six months and were able to hold him accountable. Our Dad just celebrated a year in recovery. We cannot say enough good things about the ARISE® process. We believe our Dad would be dead now if he had continued to drink.”

— Adult children concerned about a parent who had relapsed

“While being a CAI has given me the skills to effectively work with people struggling with everything from trauma to emerging process addictions, it’s the support of the ARISE® Network of professionals that arms me with the confidence and tools to handle any situation. No other certification provides the ongoing support that the ARISE® team does.”

“Becoming a certified ARISE® interventionist has added a dimension to my private practice that patients and their families are drawn to and regularly recognize when referring.”

“I would recommend this to all admissions/business development colleagues to better help families/clients. Anyone in this field could benefit!”
— Director of Admissions and Business Development for a treatment center

“Grateful to find a protocol that aligns with my belief system. The size [of the training] was comfortable and dynamic. Appreciate the exposure to the treatment sponsors.”

“The ARISE® invitational format is by far the most effective intervention format for getting my clients into treatment and more importantly, keeping them there.”

“This was an amazing perspective on how [intervention] can be nurturing.”

“As the intake coordinator for multiple treatment facilities around the country, I can say with confidence that working with Certified ARISE® Interventionists is always our preference. The ARISE® Continuum of Care is unrivaled in the industry and by far the most effective mode of relapse prevention.”

“As a treatment provider, we dramatically reduced our AMA rate and improved the overall patient experience by having our staff certified in ARISE®.”

“When colleagues learn that I am a CAI, they know immediately that my ethics and integrity will never come into question. When you are certified in ARISE®, facilities and families know that your commitment is to finding the most appropriate and effective treatment for the patient, period.”